Men and women move their victims in the same manner

Men and women who move a dead body generally do this in the same manner. The only difference is that – on average – women leave slightly more evidence behind on their victims. First-aiders drag their victims differently from non-first-aiders, and the weight of both the perpetrators and victims also has influence.

These and other conclusions were drawn by researchers of the Netherlands Forensic Institute (NFI) on the basis of the large-scale study they carried out at Lowlands Festival in 2015.

The experiment, in which a victim had to be dragged along the floor, was carried out 310 times by one or two ‘perpetrators’. 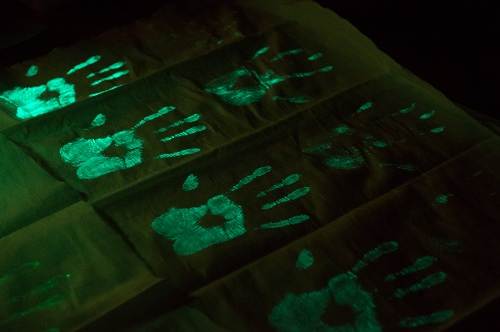 When two perpetrators are moving a victim, they leave more evidence behind than when one person is trying to move a dead body. “This is of course what you expect to see”, says DNA expert Bas Kokshoorn, who was responsible for the design of the experiment together with scientific researcher Matthijs Zuidberg. “Whether a perpetrator acts alone or with someone else: they leave evidence behind, in particular, on the arms, the legs, and the ankles.”

“If there are two perpetrators, we see evidence on the legs in 81% of the cases. If there is one perpetrator, this is less than 50%”, the studies showed. “A perpetrator who is alone is more likely (16%) to grab the victim by the trunk than when he gets help (7.1%).”

First-aiders operate differently from non-first-aiders. “They clearly grab their victims in different places. The weight of both the victim and a perpetrator also have influence on where the perpetrator grabs his victim”, says Kokshoorn.

“The experiments provided a huge amount of data. With the help of forensic statistician Marjan Sjerps, we analysed these data extensively and considered which conclusions we could draw from this. The results are currently processed into a scientific publication”, say Kokshoorn and Zuidberg.

The participants in this ‘drag experiment’ had to rub their hands with a gel, which is fluorescent under a UV lamp. In this way, the researchers could see exactly where the evidence was and this was immediately registered on photo. The evidence found at these locations is most likely to contain DNA. All this information was processed in tables and charts and subsequently analysed.

During Lowlands 2015, the festival goers could also participate in an experiment at the NFI in which they had to tie knots. Although the researchers obtained interesting insights in the types of knots Dutch people tie, and in the process by which they leave DNA behind, the experiment provided too few data to draw conclusions from.