Together with European forensic institutes and universities, the Netherlands Forensic Institute (NFI) has developed software that can be used to calculate the evidential value of traces.

The SAiLR (Software for the Analysis and Implementation of Likelihood Ratios) software has been developed at European level over the past two years with partners from various countries for all areas of forensic expertise, apart from the field of DNA. Much specialised software is already available for this latter area of expertise. 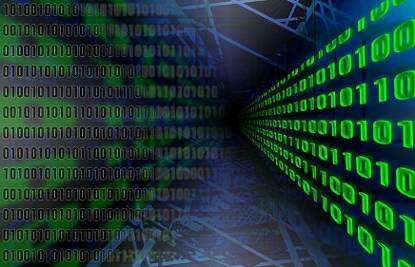 Forensic investigators use what are known as likelihood ratios when substantiating their reports. In doing so, they are giving an opinion on the evidential value of traces or the results of a comparative forensic examination; how more likely are the results to be observed in one hypothesis as opposed to another. Forensic experts often express evidential value in verbal terms such as ‘far more likely’.

At present, forensic institutes such as the NFI seek to support evidential value numerically, on the basis of datasets and statistical models. Using that approach, you could say, for example, that the results are one hundred times more likely to be observed if stab wounds were caused by a specific knife than if they were caused by any other knife.

The newly-developed software will help forensic experts to calculate the numerical support for Likelihood Ratios. ‘SAiLR is a user-friendly interface surrounding validated and harmonised scripts based (for now) on a few standard statistical models for calculating Likelihood Ratios. SAiLR will be developed further in the years ahead’, explains Annabel Bolck. She is a forensic statistician with authority to sign at the NFI and the SAiLR project leader.

She says the main feature of the software is the considerable amount of time it helps save. ‘Without having to do any programming themselves, forensic experts and statisticians can now easily calculate evidential value.’

Forensic investigators from all over Europe will be meeting on 8 and 9 May to familiarise themselves with the new software. They will also be able to attend training sessions to learn how to work with SAiLR.

Anyone wishing to register for a training session may do so through the NFI Academy.